Are you looking for a healthy diet with the latest fitness revolution? Then, it is essential to maintain the right food choices with a healthy diet. The oil you are consuming as a regular oil also plays a vital role in making you healthy. If you want to change your regular oil to get the most health benefits, you may switch to Canola oil. Undoubtedly, it is considered one of the preferable oil for cooking. But the point is, is it safe to fry with Canola oil also?

Just go through the below article and get your answer :

Is it OK to fry in canola oil?

Yes, of course. It is OK to fry in Canola Oil.

It is full of unsaturated fats and offers a high smoke point of 242 °C with a neutral taste, best for frying and deep-frying.

Canola oil is considered vegetable oil produced by crushing the seeds of the mature canola oil plant. After extracting the oil, it is processed through refining, and finally, it is bottled for consumption.

It is the most popular oil and belongs to the Brassica family, like cauliflower, cabbage, and broccoli. The oil seems to have pale golden with high nutritional value.

But why is it said to be unsafe during frying? Most of the oils have a fixed smoke point at which it starts to break down and releases some unhealthy chemicals in the air. As a result, fats become not safe to be used.

That’s why the smoke point of oil determines which will be best to be used at the time of frying. Those oils which have a lower smoke point can be harmful to use.

Canola oil can tolerate high temperature during frying. So, you can use Canola oil easily to fry your desirable foods.

Is canola oil good for baking?

Yes, Canola oil is good for baking. If you are out of your regular oil, you can switch to canola oil for baking purposes.

It can be used as an ideal substitute in vegetable oil during baking; take the same amount of canola oil instead of your regular one.

If you don’t like olive oil flavor, you can even substitute it with Canola oil for marinades and salad dressings.

Related Article : Today’s Big Q: Is It Safe to Fry with Grapeseed Oil?

Is canola oil toxic to humans?

Canola oil is not toxic to humans as it is stated safe by the Department of Food and Drug Administration.

Canola oil is prepared from the seeds of the canola plant. It is full of unsaturated and Polly saturated fatty acids and lowered in trans fats, generally suitable for health.

As it’s always essential to consume more unsaturated fats. So, canola oil would be the best option to make you healthy for cooking or frying.

There may be some misinformation regarding canola oil that it was emerged through crossbreeding with the rapeseed plant. Rapeseed oil consists of high levels of erucic acid that can be toxic to humans if available in large amounts.

Why is canola oil so bad for you?

Canola oil may be bad for you.

As it is believed that Canola oil is being produced by breeding with rapeseed oil. Rapeseed oil has a high level of erucic acid (50%), counted as one of the oil’s dangerous fatty acid components.

This fatty acid can damage your heart tissues and increases the chance of cancer. It can be toxic to humans.

It has full omega-3 fatty acids, which can maximize high levels of inflammation in your body. Our cardiovascular system, especially blood pressure, is affected by canola oil.

Studies have also shown that canola oil can reduce the lifespan of stroke-prone and hypertensive animal subjects.

Not only is canola oil genetically modified, but it is highly processed and refined, both adding to the body’s main health issues.

Related Article : Is It Healthy to Deep Fry in Coconut Oil?

Why is canola oil banned in Europe?

In response to a ban the rapeseed oil, scientists invented the canola plant in the 1970s. Rapeseed oil contains such harmful fatty acids that can be toxic to the human body.

It became an alternative for rapeseed oil, which was discovered to have harmful health effects.

That’s why the EU ruled that high levels of erucic acid in rapeseed oil is unsafe for human consumption in 1976.

Does canola oil clog your arteries?

Canola oil may be the reason for clogging your arteries.

Canola oil is full of dangerous trans fats. Research has found that both saturated fatty acids and trans fats can increase “harmful” LDL cholesterol levels. It is one kind of fat that can clog your arteries.

Is it better to fry with canola or vegetable oil?

Yes, it is better to fry with Canola oil rather than vegetable oil.

Plant-based fats are expected to be better for providing more heart-healthy benefits than animal fats. It is widely accepted that canola oil is a better choice for health since it is lower in saturated fat than vegetable oil.

If there’s a question over saturated fat, opt for canola oil. If not, you can cook with any oil with excellent results.

Is sunflower or canola oil better?

The major difference between sunflower oil and canola oil is the kind of fat they provide.

Sunflower oil has more polyunsaturated fats, which are harmful to the heart, whereas canola oil is rich in omega-3 fatty acids and mono-saturated fatty acids.

So, Canola oil is better to be used to stay healthy and fit than sunflower oil.

Which is better, canola, or coconut oil?

Canola oil can be considered better than coconut oil.

The unsaturated fats rich in canola oil minimize the cholesterol level in the blood, and its omega-3 fatty acids help decrease inflammation throughout the body.

Which is better for frying canola or corn oil?

You can declare, Canola oil as the winner for cooking while comparing it with corn oil.

It provides a high smoke point, so, while sautéing or frying foods, it is safe to be used.

It also offers a neutral taste that doesn’t affect the taste of food as certain other oils do. Also, you will get the real flavor of fried food. 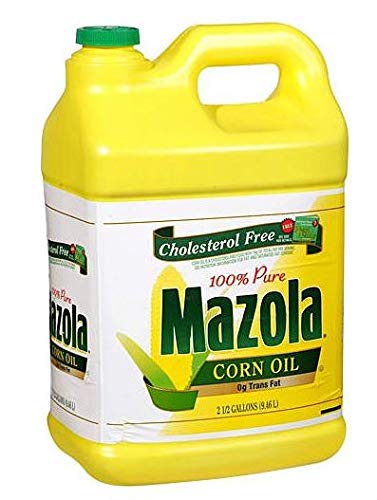 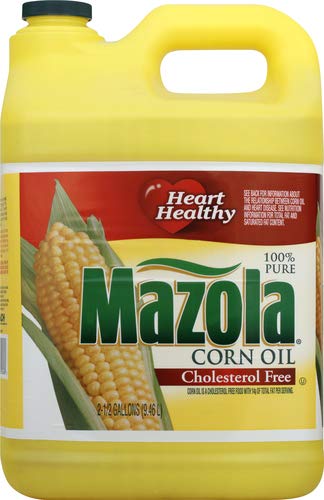 Can you mix canola oil and corn oil?

Yes, you can easily mix canola oil and corn oil as they offer very similar taste during cooking.

Both oils are plant-derived oils with a high smoke point. There would not be any harmful effects while mixing the two for frying or cooking.

In specific, they are especially suited best for frying and deep-frying. Also, you can use this mixing oil recipe for cooking most of the recipes, including stir-frying.

What can I use instead of canola oil?

These are all possible replacements for canola oil. Considering the similarities to canola oil in color, flavor, and smoking point, sunflower oil definitely can be the better one from all of these alternatives.

How can I tell if canola oil is rancid?

There can be a way to detect if canola oil is rancid or not. First, touch the bottle. If you can feel some sticky residue, you will recognize it is a sign of advanced rancidity.

Also, you can pour a little oil between your fingers and check for rancidity.

I hope you got your answer that Is it safe to fry with Canola oil or not.

Now cooking with canola oil would be fun for cooking lovers, and there will be a low risk of getting harmful fatty acids into your body.